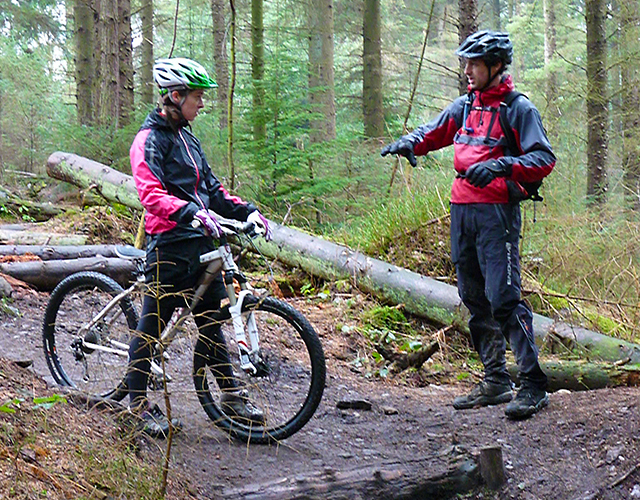 Look out for a Bikeradar article by Ruth Schofield on a day of 1:1 skills coaching with Chasing Trails. Ruth is doing a series from a beginner’s point of view where the final aim is to ride Snowdon later in the year.

When Ruth arrived at Dalby for the day, she’d missed a course elsewhere due to the snow a few weeks ago. So far she’s completed a maintenance course and a basic beginner’s intro to mountain biking. The 1:1 with Chasing Trails gave her the chance for a relaxed but comprehensive day where there was no need to feel either held back or moving at too fast a pace in terms of skill level. I don’t think Ruth will mind me saying that she’s a bit of a perfectionist & was quite hard on herself if she didn’t get everything dialled perfectly the 1st time! Nevertheless, she made great progress during the day & even rode a section of black on the world cup circuit (several times!) The Bikeradar article, part 4 in Ruth’s series, will likely focus on drop offs & small obstacles as that’s the next bit in her series, but we had time to cover much more from basics like braking to more advanced stuff like berms.