Just thought I’d put some thoughts down on wheel builds for XC/trail/all mountain. Hopefully this’ll be useful if you either build your own or you want a set built for you but you’re not sure what to go for.

Being upfront about things, Chasing Trails offers a no-compromise MTB wheel building service, so feel free to get in touch from the contact page on the main site if you’re interested.
Anyway, to components:

I reckon from a few angles you can’t go wrong with Hope Pro 2 Evo hubs. Quality is great & has been for ages. The original Pro 2’s had occasional issues but it was all sorted pretty quick. If you like to keep the weight down they’re one of the lightest that can be relied on. They come in shiny colours, although for myself I tend to go for black… The noise the freehub makes does annoy some, but I like it, you can hear that it’s working! The EVO versions which have been out for a while now are also fairly easily convertible to the different axle standards, so if you relplace a frame or fork you don’t need to replace the hub. And Hope genuinely have after-sales service that you’d struggle to beat anywhere.

The design is well thought out – they start with a forging that’s the aproximate shape & CNC machine it so you end up with a h2 but precise shell. The bearings are stainless cartridge units. So far I’ve never needed to replace a Hope bearing on my own bikes. Maybe good luck, but it’s worth mentioning. I never jetwash the bike though. Dalby & Peak District grit seems to have no effect on them. 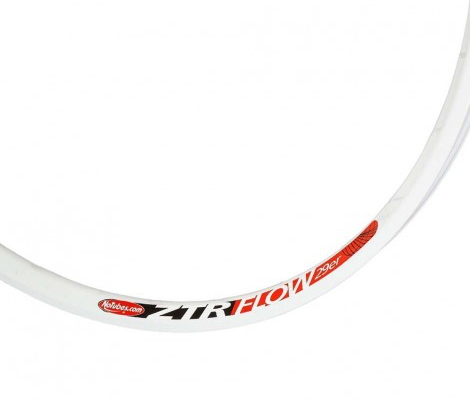 I used nothing but Mavic for years. They always seemed plenty strong for the weight/price. I still like them, but in the last couple of years I’ve been using Stans NoTubes. They come in at similar-ish weights as the Mavic equivalents with a few lighter/stupidly light models as well. The advantages over Mavic is that they’re wider for a given weight, meaning if you like larger tyres (and why wouldn’t you..) you’ll get away with bigger tyres & better profiles with the Stans. Most rims can be bodged into running tubeless, but the Stans can be set up for UST as well as running many standard tyres tubeless with just the correct valve & rim tape.

I’ve had a pair of white ZTR Flows on the Five for about a year & they’ve not needed re-truing so far. Having said that, most half decent rims built well won’t need truing too often, but these have done repeated 4-5 foot drops to flat-ish.

Personally I’d avoid the models with a rider weight limit unless they’re specifically for racing, but the Crest comes in at 340g with no set limit if you want lightweight XC rims.

Not much to say except use something decent, so in my opinion that means Sapim or DT. Sapim have the edge IMO without costing any more & if you must have alloy nipples theirs are definitely the best. I use brass for myself [edit – these days (from 2016 on) – I’ve been running Sapim alloy with no issue].

If you’re going for a decent set of wheels but you want to keep the cost down, the double butted Sapim Race are the ones to go for. On the other hand, if you want to keep the weight as low as possible, the CX-Rays are the ultimate. They’re plenty strong enough for XC/all mountain but will shed a few more grams. They’re also a bladed design so are more aerodynamic, psycologically at least…

Hope that gives you a bit of a start if you’re looking for a wheel upgrade or replacement & feel free to get in touch if you want a top quality build or you want to learn.

2 thoughts on “Some recommendations for MTB wheel builds…”