We Are One Composites Convert rims on Industry 9 Hydra hubs

I’ve been riding the Convert rims for seven months at the time of posting. They handle medium-large to plus tyres & take a recommended range of 2.5 to 3.0″ tyres. Internal width is 35mm.
Most off-road riding is covered with models for gravel to downhill.

If you’ve ridden carbon rims in the past, you might have found them a bit (or a lot) harsh. Most people take this as a sign that they’re also efficient, but a harsh ride means energy is being lost, which slows you down and tires you out. Along similar lines, XC racers realized quite a few years ago that 60psi is slower than 30. Some manufacturers have made their rims more flexible, but compliance and stiffness combined is a much better idea. It isn’t hugely difficult to manufacture Carbon, however it takes expertise to do it well. Dustin Adams, We Are One’s founder, went from riding pro downhill via plenty of bike industry experience to starting up We Are One in order to do things his way.

What makes We Are One ride well?

The ride characteristics come from the rims being stiffer laterally (sideways) than most, but more compliant radially (vertically). I noticed this on the first ride, but not in a way that took any getting used to; they just felt more ‘right’. Comfort and tracking are often thought of as either/or, but We Are One achieves both extremely well.

After 7 months riding they’ve been comfortable, fast, strong, and the bike goes where I point it. I’ve not had to do any maintenance; they were true from new and they’ve stayed that way. 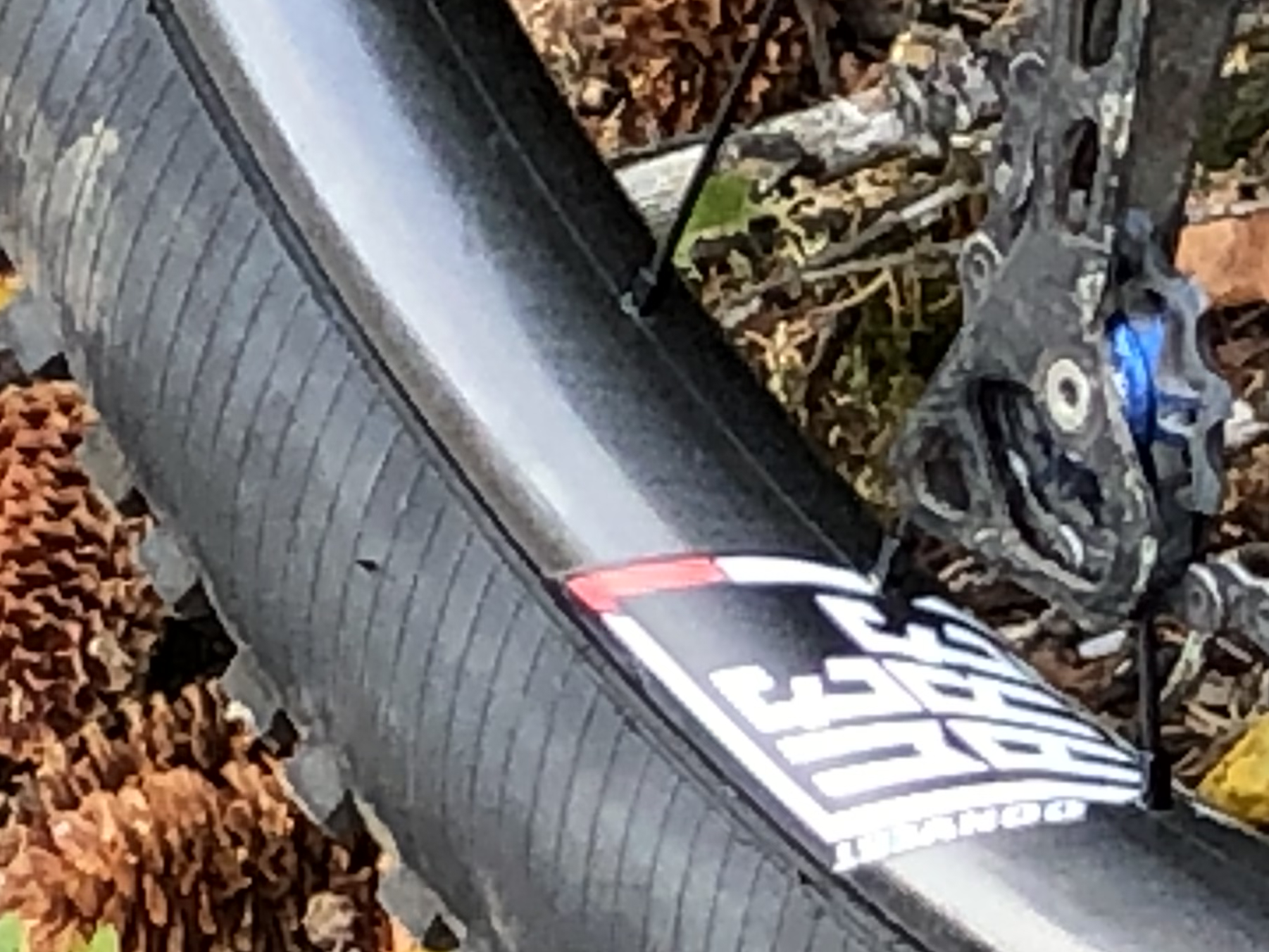 I’m sure they’re not totally indestructible, but they do inspire confidence. When riding I’m not thinking “careful, these are carbon”! I’ve seen other reviews where testers have messed up landings on sizeable jumps and been sure that they were going to have to walk home — then checked & no damage, no drama. I have my limits, but I’m happy to get off the ground and nothing to report damage-wise. We Are One also offer great after-care with good damage replacement policies.

The quality shows even before you ride. There’s no paint, and no finishing needed. The rim comes out of the mold basically done. Some carbon rims use 90% of the build time for filling & sanding the carbon before painting. We Are One have worked out the layup to be accurate & repeatable. This gives the visual quality and tolerances of less than 10g in weight between rims.

Exclusively Sapim spokes and nipples are used in the builds. I’ve pretty much used Sapim exclusively for years now, and We Are One agrees. Sapim Polyax nipples sit much better in a rim than others, and these are the self locking variety, so they won’t work loose. This is superior to threadlock, which can sometimes cause problems as well as solving some.

Whether using them on a hardtail or full-sus bike, I’ve not managed to damage them and they’re still running super-true. I found them easy to set up tubeless and to install Cushcores too.

I’ve used Hope hubs for ever. I still have no complaints about Hope. They do the job extremely well. The reason these have the i9 Hydra hubs is partly because everyone knows about Hope, but not so many people have seen the i9, so I thought it would be useful to have them for comparison.
i9 also do a cheaper hub, the 1/1. The Hydra has 6 pawls and lots of teeth on the drive ring (I forget the number) but this means as close to instant pick up as you’ll get. Although I can live without instant engagement, it’s quite nice to use, and they do make a nice ‘swarm of angry bees’ noise! Another feature of the Hydra hubs is minimal friction, so they should be faster. I’m sure this is only noticeable if you’re fitter than I am…
So the seals on the cheaper hubs might be a bit more effective, although I’ve not had to work on the Hydras yet and the bearings are still super smooth. This can be down to bearing quality as much as seal quality, so I’m guessing the Hydra bearings are top of the range.
Hubs can be very much a personal preference; just ask on a forum what noise people want their hubs to make and step back…
I’ve been happy with the i9’s and have always been happy with Hope. DT Swiss and Chris King are also obviously right up there, and Shimano’s XTR are not to be forgotten, although they’re not as adaptable to different standards as some of the other brands.

There’s always a downside to any product. I can only think of one for these wheels — the cost. Especially compared to alloy. I think the price is competitive compared to other carbon brands, they’re not the most expensive but I can’t think of a competitor for quality & performance.