Why replace a pump head anyway? 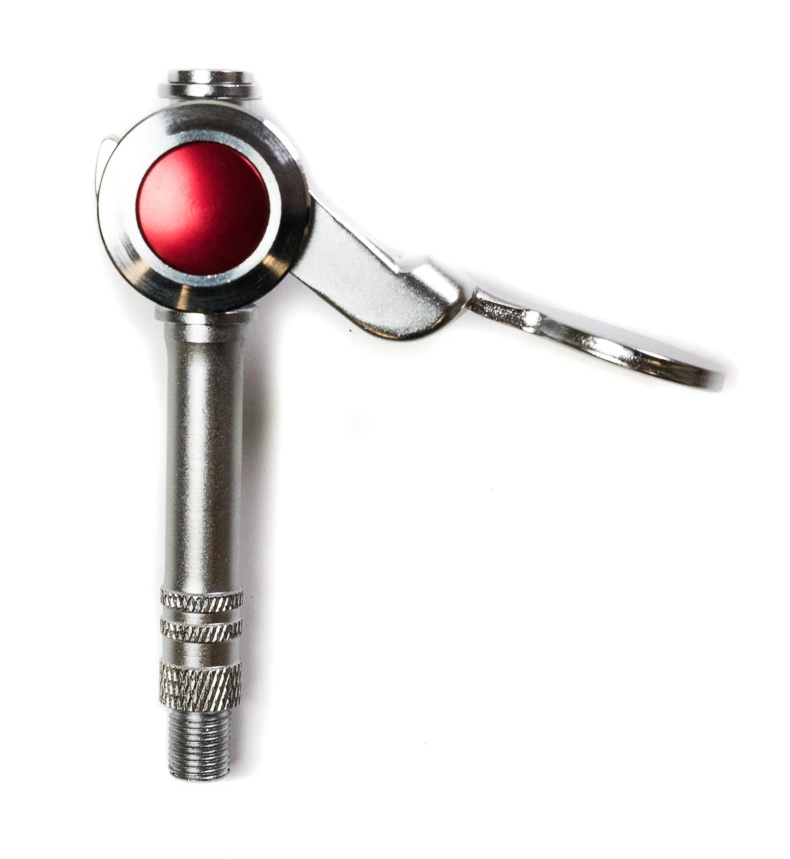 What’s wrong with whatever connection’s supplied on a track pump? Well, they sometimes break or wear out, and some aren’t easy or quick to use. I needed to replace a broken connector that had always been a pain to use. I did the usual thing – checked online to see what worked well and would hopefully last the longest! Bike forum users were recommending 3 or 4 different brands and I’m reviewing 2 of those.

Or ‘Silca Hiro Side Lever Locking Presta Chuck v2’ as the website officially calls it.
The Hiro replaced a broken head on an otherwise high quality pump. It stayed in one piece for few years I was kind of glad when it gavve up as it was always a pain to use.

I found a Silca at a relatively decent price. Remember when it was easy and charge-free to buy stuff from the EU?! I paid €58.90 or about £51 which is still a lot, but it is a high quality item. Probably over the top for home use and currently they’re maybe double that in the UK with COVID & Brexit fallout… However for a workshop it’s still a good option especially on a high pressure road pump.
You also need some kind of Schrader connector to attach it to, but once it’s fitted you can leave it attached. 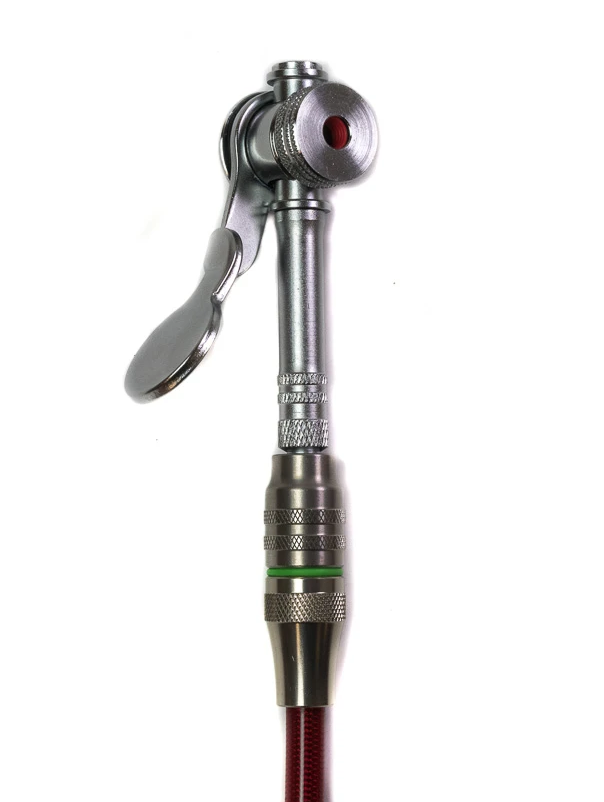 ‘Buy a new one when it breaks’ now seems normal but Silca give, wait for it, a 25 YEAR GUARANTEE on this! This appeals to me as I’ve always liked stuff that lasts. Yes, recycle, but it’s better not to need to recycle in the first place. Lots of people automatically see high prices are a rip off, but it costs to make things well. Plus if it ONLY lasts 25 years that makes it about £4 per year…

It does only work on presta valves, but that’s most good bikes these days. If you sometimes need to pump up Shrader valves you can unscrew the Hiro & use the schrader attachment it’s fitted to as and when.

In use, you press it onto the valve, squeeze the lever in to lock it on and then pull the lever back again when done. You can do that with one hand which is partly what speeds everything up and I’ve never had it detach itself.

For wheels where the valve is not as accessible the Hiro will work with only 10mm of valve stem available. So, all in all it’s a simple but awesome bit of kit. However, in the UK it is now a very expensive item.
…so, next up: 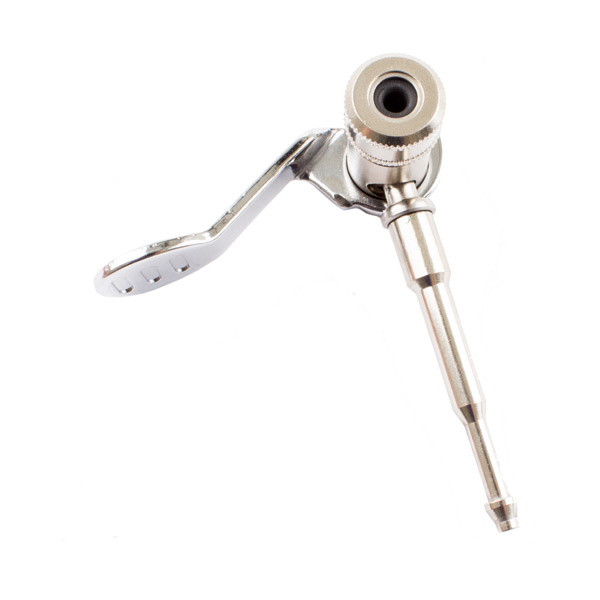 This one looks very similar to the Silca, and is pretty much the same to use. Apart from being affordable, there are a few differences. In no particular order:

It’s actually rated to a slightly higher pressure than the Hiro, at 300psi. Not sure who will need this, but it’s nice to know it won’t come off my 20psi 2.8″ MTB tyres!
I don’t have much else to say about it – it does the job as well as the Silca in my opinion and still has a quality feel to it. It might not last the same length of time as the Silca, but I reckon it will be pretty tough.

So, if you want a replacement for a pump that’s fine but the head has broken, these are a couple of choices. I’d go with the Truflo for home use – it will almost certainly be better than your original in every way and it’s mostly metal so should outlast most others too. It’s £21.99 RRP so although you might be able to get a track pump for that, I would recommend repairing your existing pump if it’s solid but needs a new connector.