This post is a review of useful tools rather than a wheel building tutorial! 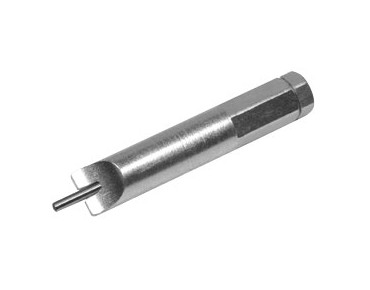 You can build wheels without a nipple driver but it’s a lot more tricky & will take longer. Most nipple drivers look like a screwdriver with a bent shaft. That kind is a hand tool & usually costs about the same as, or sometimes less than, the Cyclus one being reviewed, which is about £25. Anyway, I like this particular tool for a few reasons. It’s a bit quicker (& less tiring!) to use than a hand tool & the quality seems good. More importantly though, if the spoke lengths you’re using aren’t exactly precise (chances are they won’t be), the pin is adjustable for depth so you can still get the tensions fairly accurate.

Once you get the feel of using the tool you’ll often find that the wheel starts fairly true just from the initial tensioning before you do the final finishing off with the spoke wrench.

So far I’ve built about 4 or 5 pairs of wheels with this particular tool as well as being used on a couple of wheel building courses. There’s been no damage or wear so far despite the fact that nipple drivers work by essentially slipping out of the slot in the nipple when the pin hits the end of the spoke.

So, if you know how to build wheels & you know what a nipple driver does, this one is a good one. That’s about it! 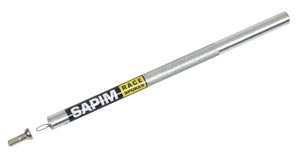 This one is sold under the Cyclus name as well as Sapim & possibly others. It’s less ‘essential’ than the other on, but it does speed things up & all but prevents the annoyance of a spoke nipple dropping inside the wheel rim. The wire loop just grips the nipple so you can thread it onto the spoke nice & easily. Where it gets more vital is if you’re building wheels with deep section rims. It might seem a bit pricey for what it is at £15 or £16, but I’m guessing they don’t sell in huge numbers.

Having used one for a good while now I’d not want to be without it. Apart from a bit of extra speed, anything that helps keep a bit of a routine & order to wheel building is a good thing. The wire loops are held in with a grub screw & spares are available, but mine hasn’t needed any yet & doesn’t show any signs of getting tired.

No need for a full review of these, but if you’re after a spoke wrench for workshop type use you really want one that grips the spoke nipples with as much support as possible. Good ones include the Sapim which is my choice. It grips all 4 sides with a diamond arrangement; Park do some good ones but spend the couple of quid more to get the ‘4 sided’ type. The cheaper ones just have a ‘u’ profile which has more risk of rounding off the nipples; The one by Newton, also sold as Wrench Force is a multi-size design which grips on 4 sides the same as the Park. I also use this, but these days I tend to leave it in my Camelback as the multi-size design means I won’t get caught out if someone on a skills course or guided ride needs a wheel sorting.