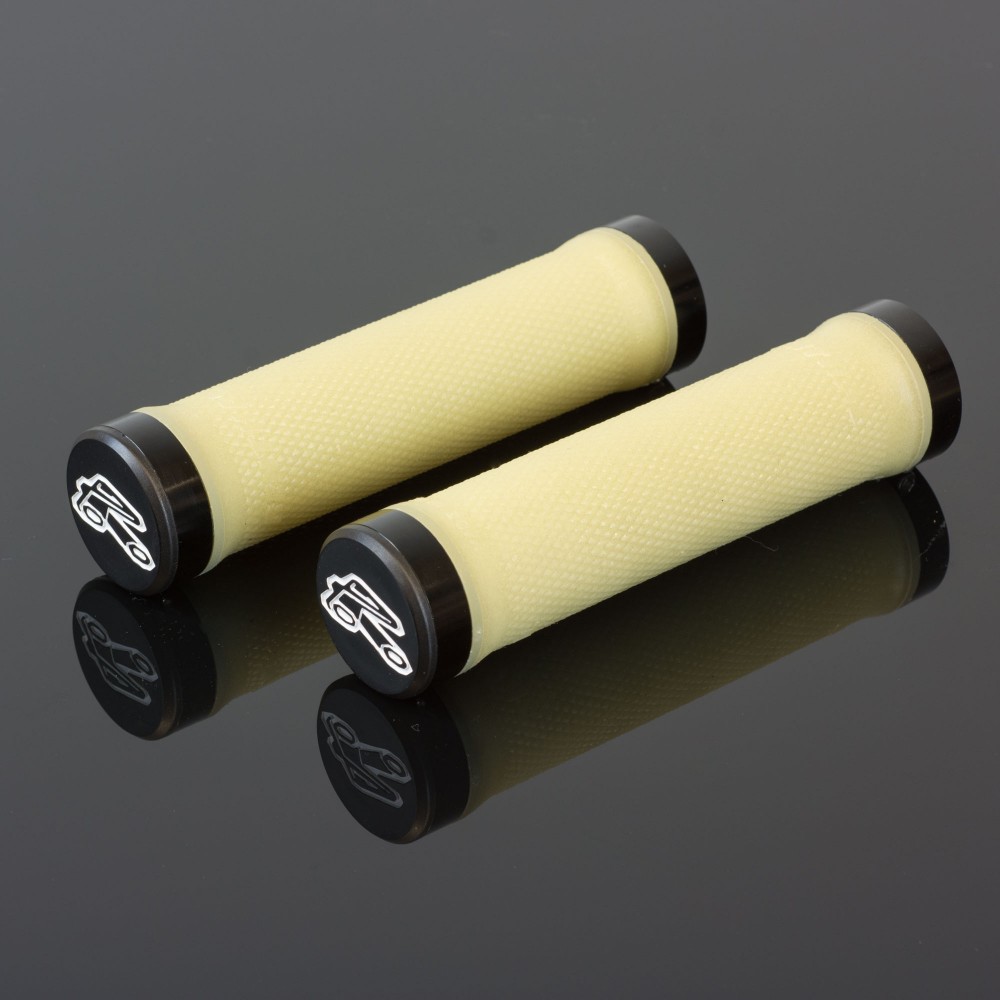 There’s not a lot to say about these that I haven’t said before, in the, er, long term review. However, you’ll notice that it was posted May 2015 after a year of use. It’s now Sept 2016 & although the diamond knurled pattern now looks smooth & they’ve slightly worn to my hand shape, after 2 years 4 months I have no intention of replacing them just yet. The photo shows a new set from the Renthal site but I’ll edit in a better one of their current state soon.

So although these aren’t the cheapest grips out there, at £24.99 they’re the best I’ve ever used. With plenty of grip & also being the most hard-wearing I’ve ever found, Renthal seem to have done the impossible with these. It’s all down to a clever idea of mixing Aramid (Kevlar) fibres into the rubber compound. So as they wear, which happens slowly because of the Kevlar, more fibres get exposed, so there’s a constant resistance to wear whilst remaining grippy.

Told you it’d be short. Buy them if you can live with the one colour choice! I like it, and I’ve noticed they also do a set for motorcycles…